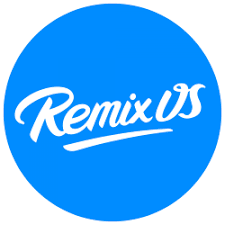 If you are looking for an Android emulator on Windows, you should check out Remix OS Player. It runs on Android Marshmallow and emulates apps and games on Windows PCs. This application requires at least four gigs of RAM and eight GB of storage. But if you don’t have these requirements, there are other alternatives. Read on to learn more. Below are some of the top alternatives:

Remix OS Player is based on Android Marshmallow

Remix OS is an emulator for Android software created by Jide Technology. It runs on x86 PCs and provides full access to the Google Play Store. Remix OS was based on the idea that Android was the future of computing.

It is free to download and runs Android apps just like the native app on the PC. It also lets you run Android apps in Windows programs. It uses Android Studio to run a complete Android virtual machine in the Windows operating system.

The Remix OS Player is built on Android Marshmallow. It runs alongside regular desktop apps and includes a taskbar. The desktop interface is optimized for keyboard and mouse usage.

It supports Android apps and the control system. The user can also map their keyboard to simulate gestures on a tactile screen. Despite its simplicity, the Remix OS Player is an excellent choice for Windows PC users. Although the operating system is not compatible with Mac, it is still worth trying out.

It emulates Android apps and games on Windows PCs

You can emulate Android apps and games on your Windows PC using Remix OS Player. The program has a few built-in apps for Windows PC, including Facebook, Chrome, Messenger, and Google Play Store.

Remix OS Player is one of the best Android emulators available. It’s incredibly compatible with most of the apps and games from the Google Play store.

Its interface is designed to mimic the desktop operating system, including the start menu, taskbar, notifications panel, and system clock. It’s easy to use and gives you a great emulation experience. This software also supports a wide range of Android apps and games.

To run Remix OS Player for Windows, your computer must have a 64-bit version of Windows, a Core i3 or higher processor, and at least 4 GB of system memory.

The software requires that the virtualization feature in your BIOS be enabled. Remix OS Player For Windows also requires that you have enough free space on your hard drive for the installation process.

For those of you who haven’t yet used Remix OS Player for Windows, you’ve probably wondered what it’s all about. It’s a free Android emulator that lets you use apps from both Android and Windows.

The main difference between Remix OS and other emulators is their graphical interface, which enables users to operate a wide range of apps and games with ease.

The app’s user interface is designed with resizable windows and a taskbar, making it easy to use. You can also use your keyboard to manipulate your Android apps, which substitute gestures on a tactile screen.

Remix OS has many great features, including advanced file management. Its file manager resembles Windows settings and allows you to sort photos, videos, and files.

The file manager also allows you to create folders and drag files between them. Whether you want to play videos, download music, or store your files, Remix OS is a powerful alternative to Windows’ default media player. A few of its best features are listed below.